Industrial automation: what it is, benefits and applications

Industrial automation can be described as a discipline or as a set of technologies and functions. Its advantages, characteristics, and peculiarities, however, are many and depend to a great extent on the fields of application.

A very useful starting point is an explanation of the concept of automation. This term, in fact, indicates what is needed - tool, process or system - to make one or more machines work automatically without the direct activity of man. Therefore, industrial automation includes all those technologies and systems capable of controlling and managing flows of materials, information and energy resources in one or more industrial production processes.

From industrial revolution to modern engineering

Industrial automation was born with the industrial revolution and received a big impulse with the development of the American automotive industry. Since then it’s had an exponential growth, in terms of application fields and technological performances. In origin the aim was to make the machine carry out repetitive and alienating actions which were previously carried out by operators. This goal stayed but evolved, including expectations for resource optimization and execution speed.

In fact, history speaks for itself: particularly over the past two decades, automation has empowered many businesses and organizations to improve the processes of controlling and producing goods and services, while significantly reducing lead times and outsourcing.

To understand and visualize what the operating logic of an automated system is at an industrial level, you can use the CIM (Computer Integrated Manufacturing) pyramid.

At the base of the pyramid is the field to be controlled where all the sensors connected to the processes are placed and which are intended for measuring data. These data reveal the progress and correctness or otherwise of the process execution.

At a higher level of the pyramid are control devices and actuators. These are tools that process the data acquired from sensors and combine it with the parameters of the desired goals of the automated process, and then implement direct actions on the plant.

The last two rungs of the pyramid are that of supervision via computer and remote monitoring tools, concluding with business operations.

This is a very effective way of understanding how an automated system has a direct, but progressive, impact on every area of a company: production, management and decision-making. It's clear, then, that an automated system is able to function to its full potential when it is designed on the basis of very specific needs, unique to each individual company.

In fact, every company that chooses to automate one or more processes, or even an entire production line, looks for solutions designed on its specific needs and objectives, among which the most common is undoubtedly the reduction of costs and processing times in the face of greater productivity and less risk for the operator. 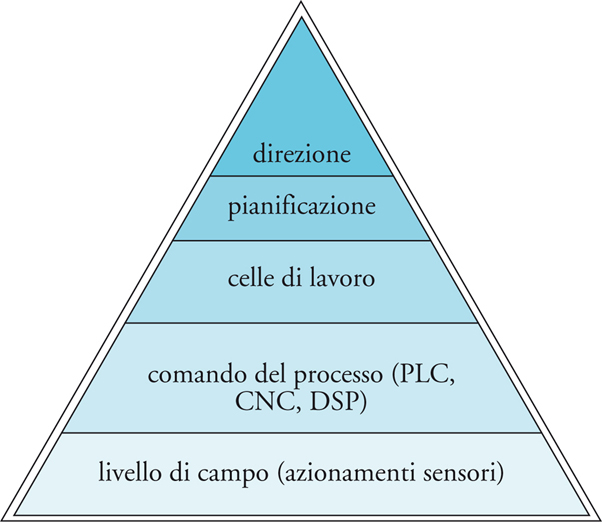 Bringing all these needs together in a high-performance automated solution is primarily the task of system integrators, who are able to thoroughly analyze a pre-existing condition, find its criticalities and exploit the features of automation to make a positive change in the specific process. Automating the production of a gold bar is completely different from an automated packaging or palletizing system.

In the past, industrial automation used to intimidate many companies. Today, that perception has changed. The opportunities offered by an automated solution, from robots to simple presses, are more accessible to everyone and not the exclusive prerogative of companies able to make very large investments. Today a robotic cell, for example, has an average payback of less than a year.

In particular, we at Tera Automation have always placed efficiency and process improvement at the center of everything, both in the case of simpler stand-alone solutions and in projects with more integrated machinery. What we are observing is undoubtedly an increasingly higher level of customization of the system to be automated, taking into account the simple usability of automation.

If it is true that the automated process was created to reduce human intervention in certain production phases, particularly alienating or dangerous, it is also true that the human component does not disappear, but rather is retrained with tasks of active control, monitoring and maintenance on the machinery.

Ease of use for the end user, who in the case of industrial automation are supervisory or specialized workers, is therefore of primary importance to ensure that process automation becomes increasingly widespread and within the reach of as many companies as possible.