To say that T-Finishing™ is just a machine would be an understatement, since it combines several tools necessary for the final processing steps of precious metal ingots in one working station. The standard machine configuration includes a hydraulic press for the logo stamping and a micro-dot marking machine for the serialization of numerical data. However, thanks to its circular shape, the machine can be equipped with many integration tools, such as the laser marking machine or an optical visor (T-Photo Viewer) for quality control.

This system can significantly increase production levels, optimize time dedicated to each process and reach full autonomy, if it is fitted with a robot which can pick and place ingots on the inlet and outlet conveyor belts. 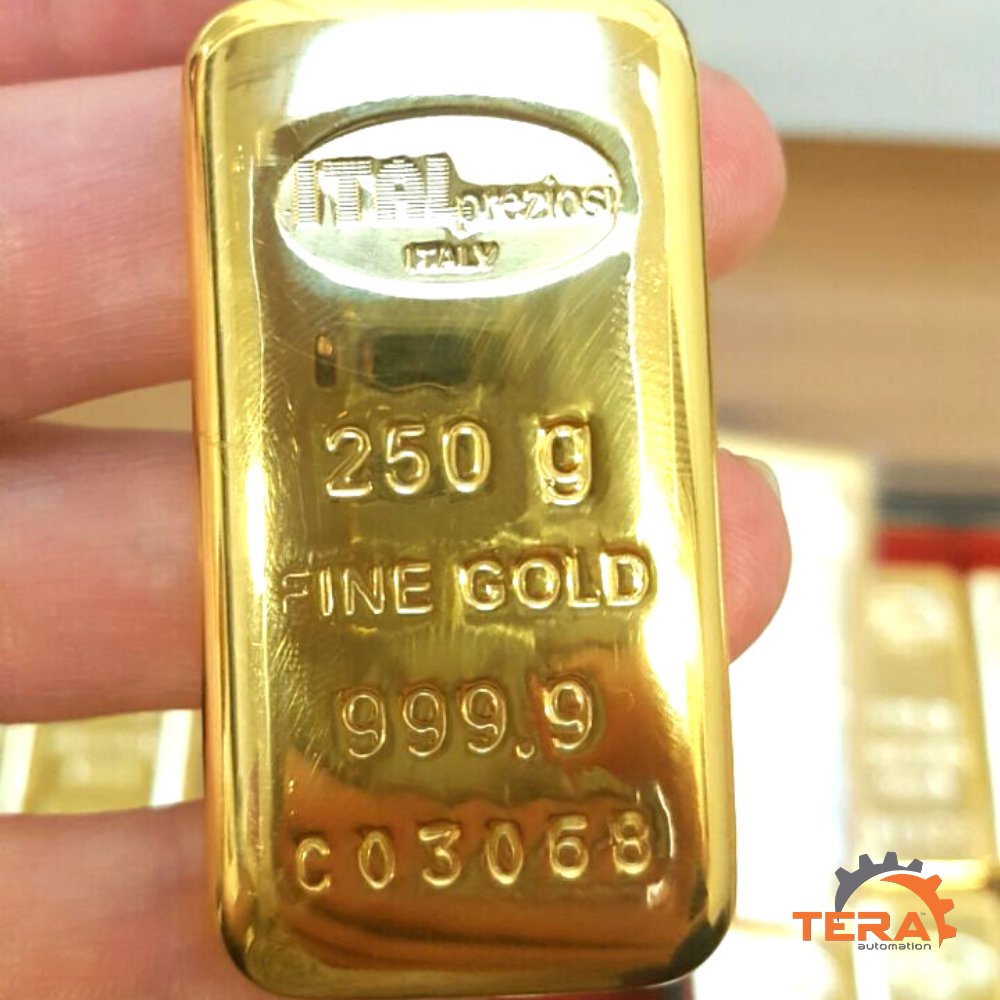 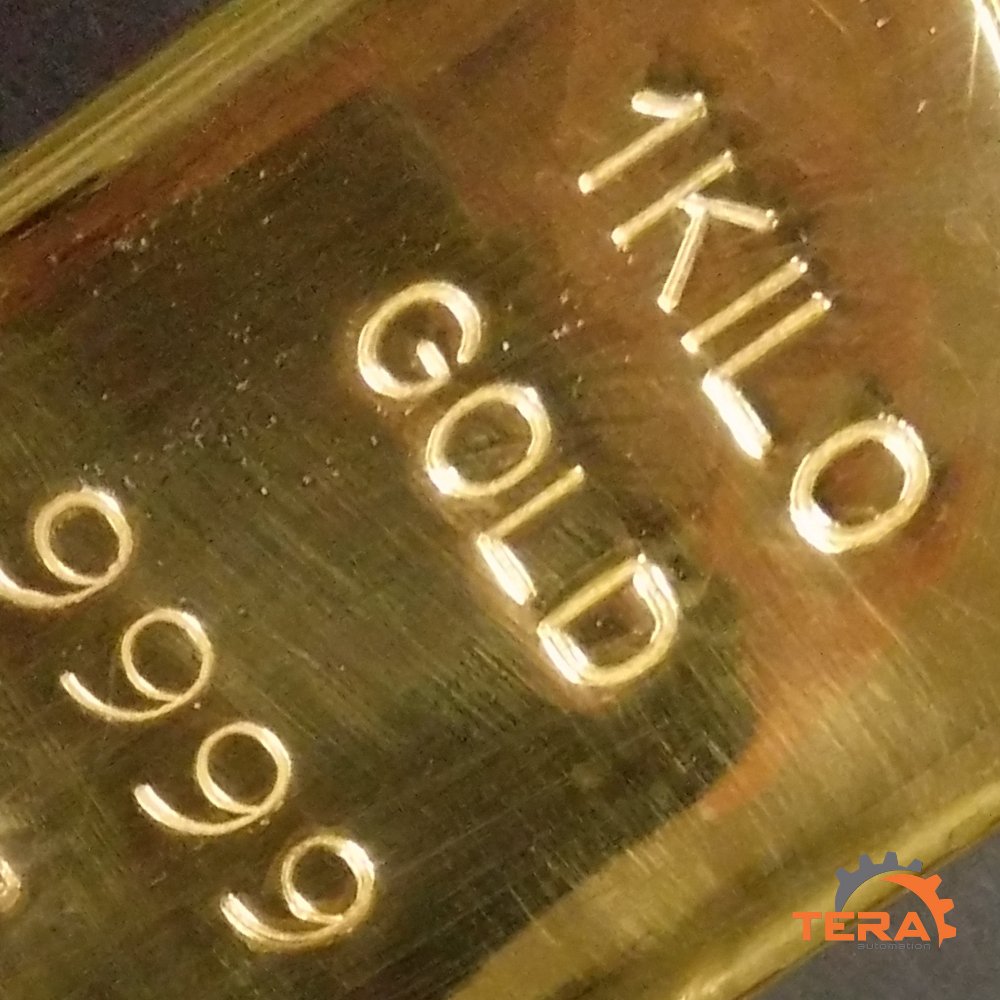 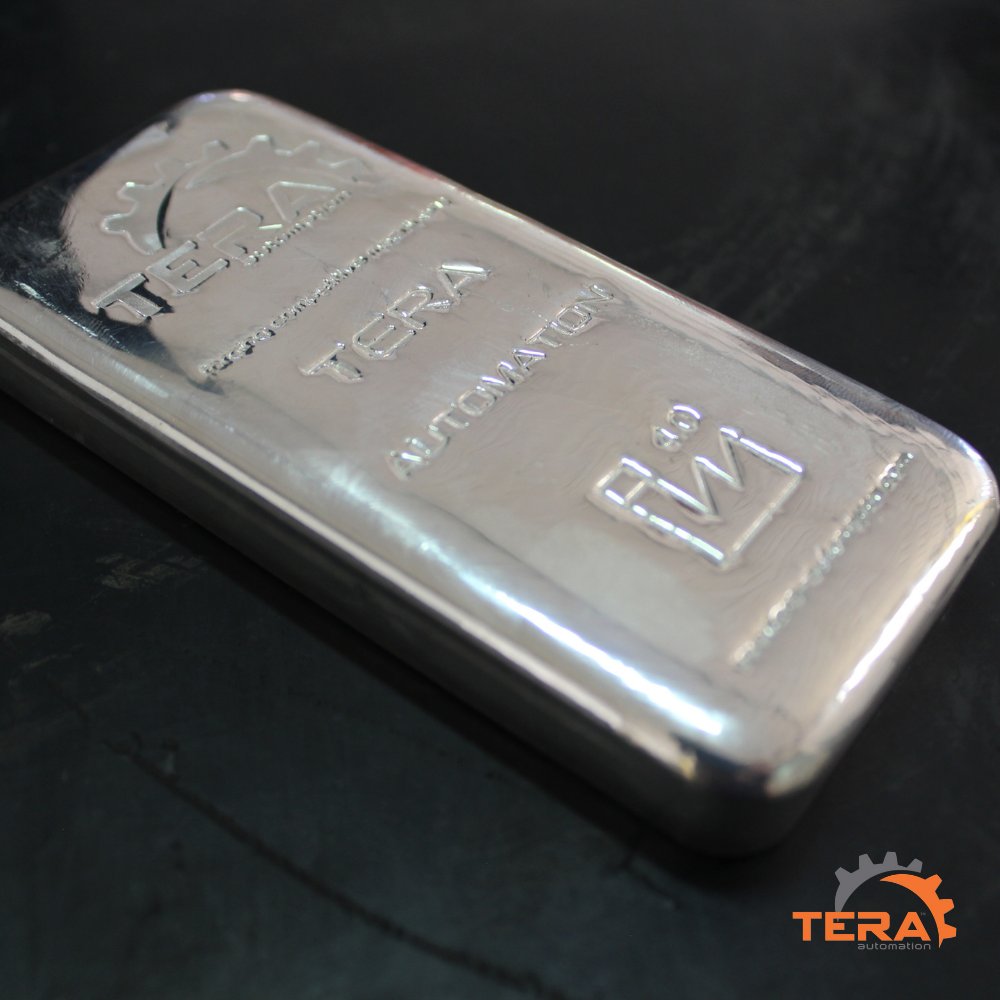 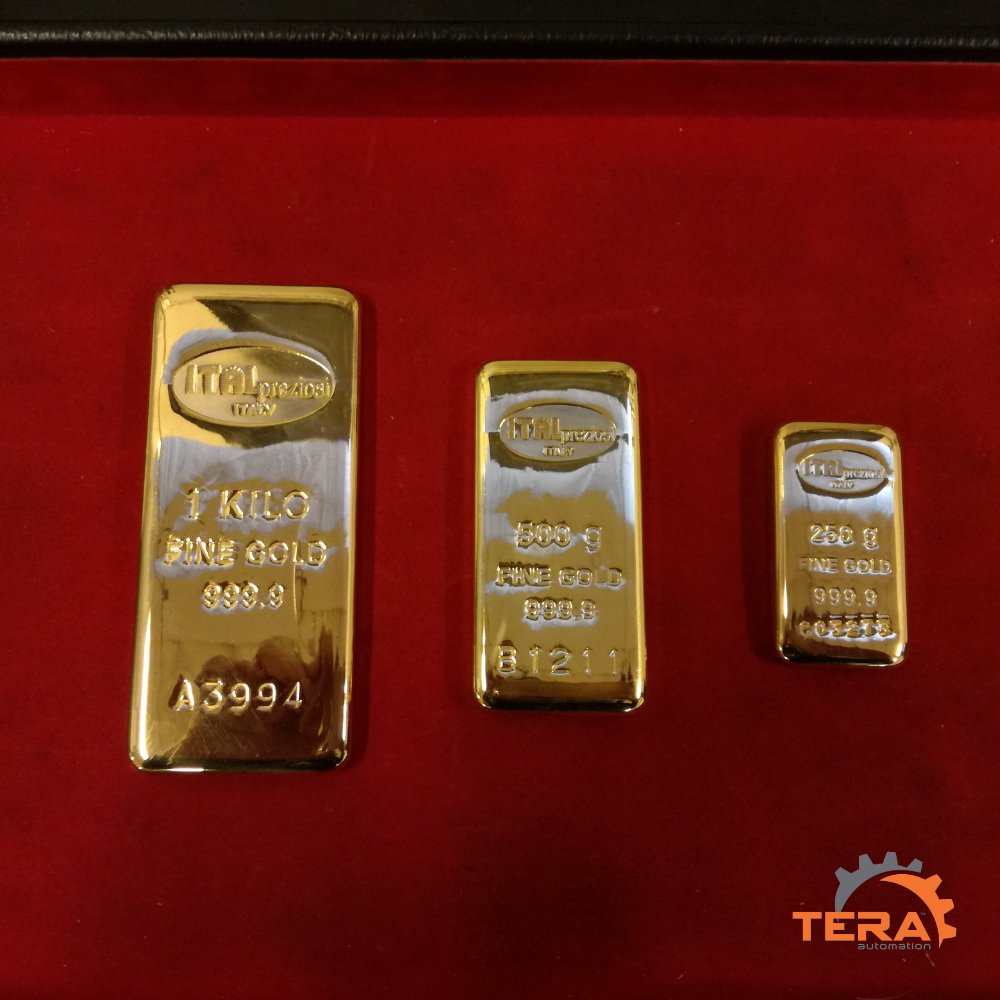 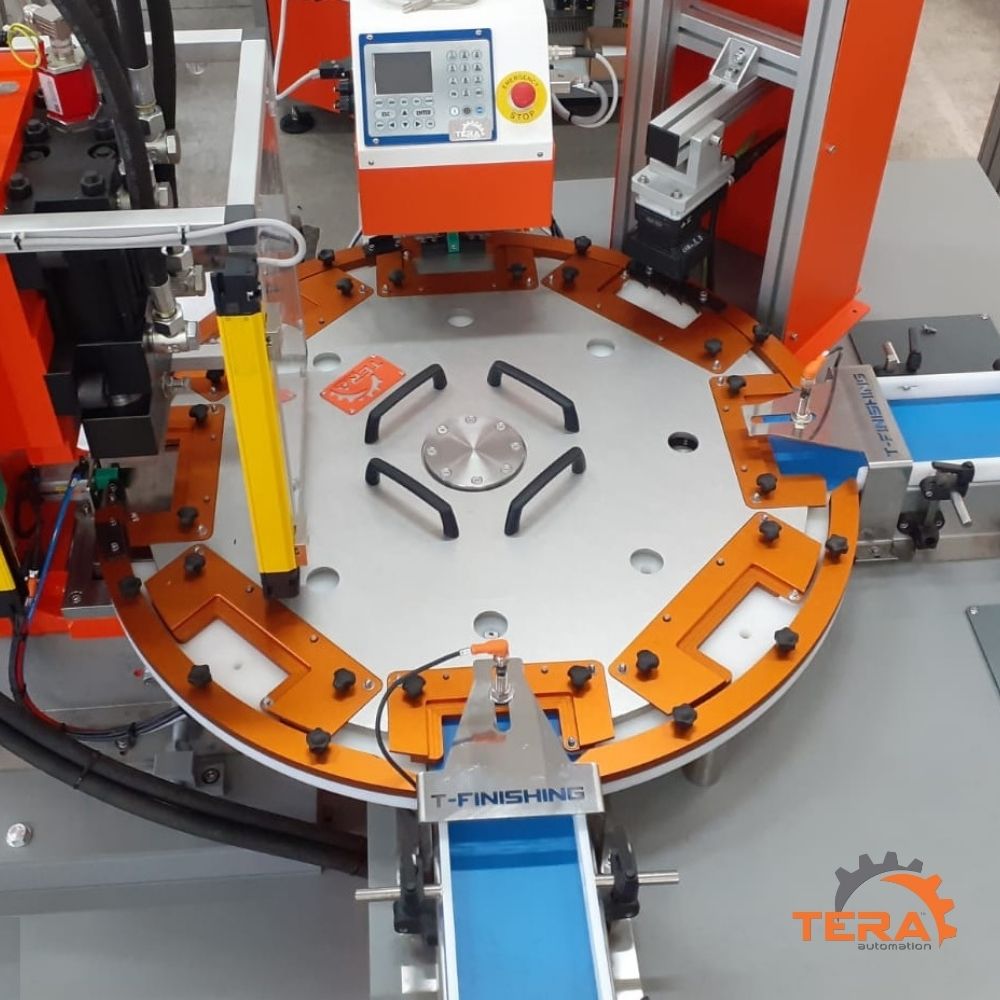 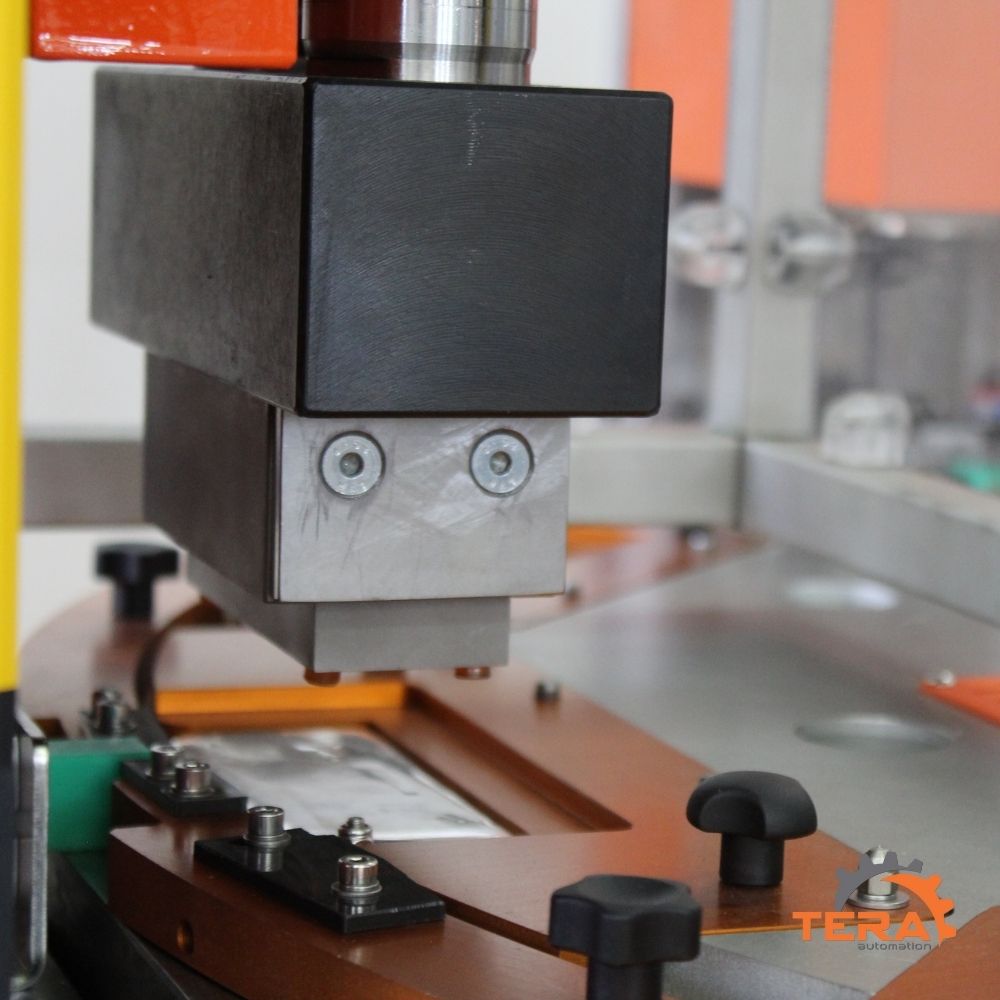 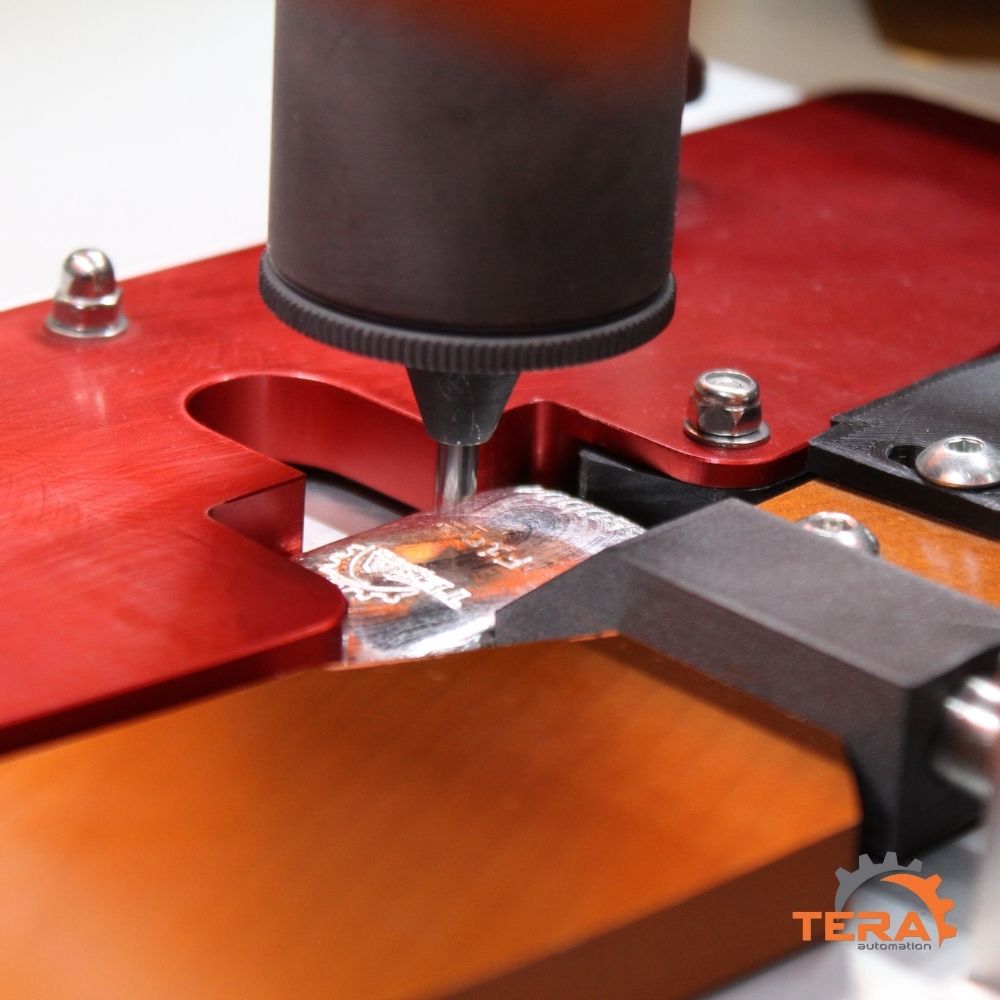 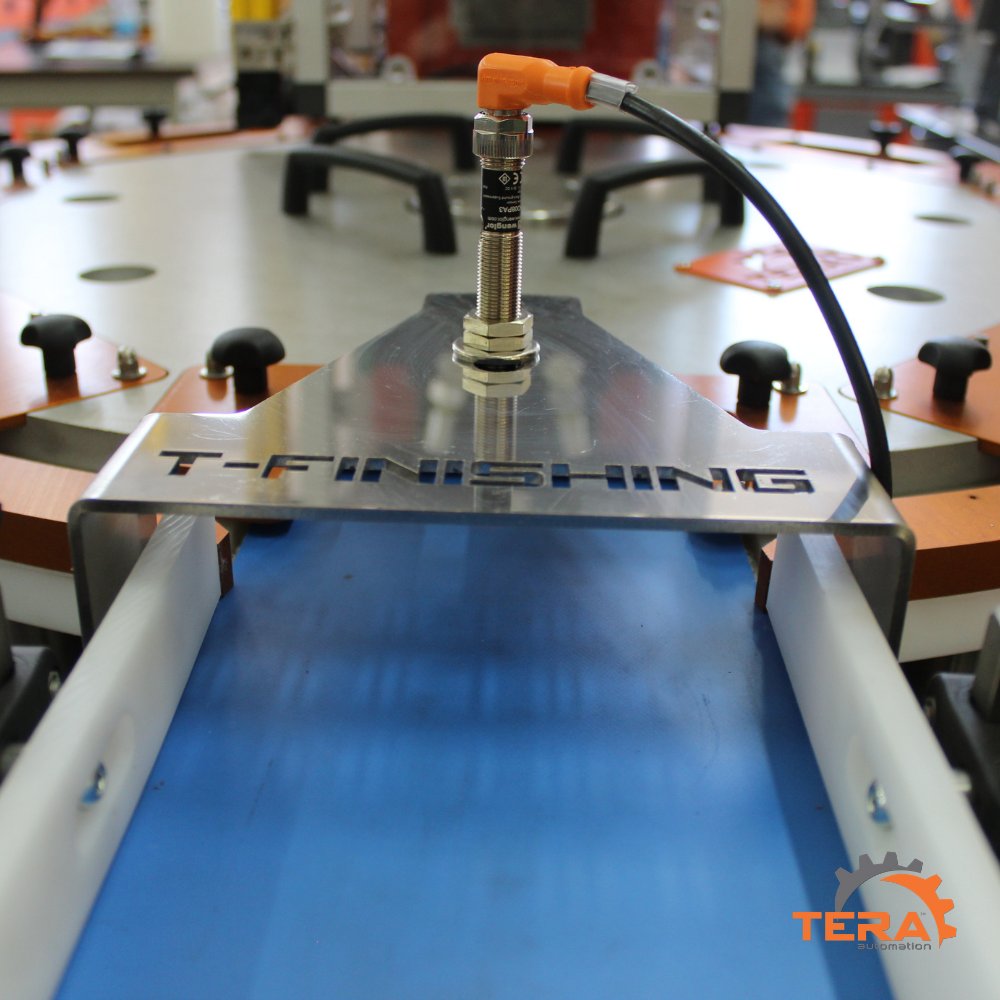 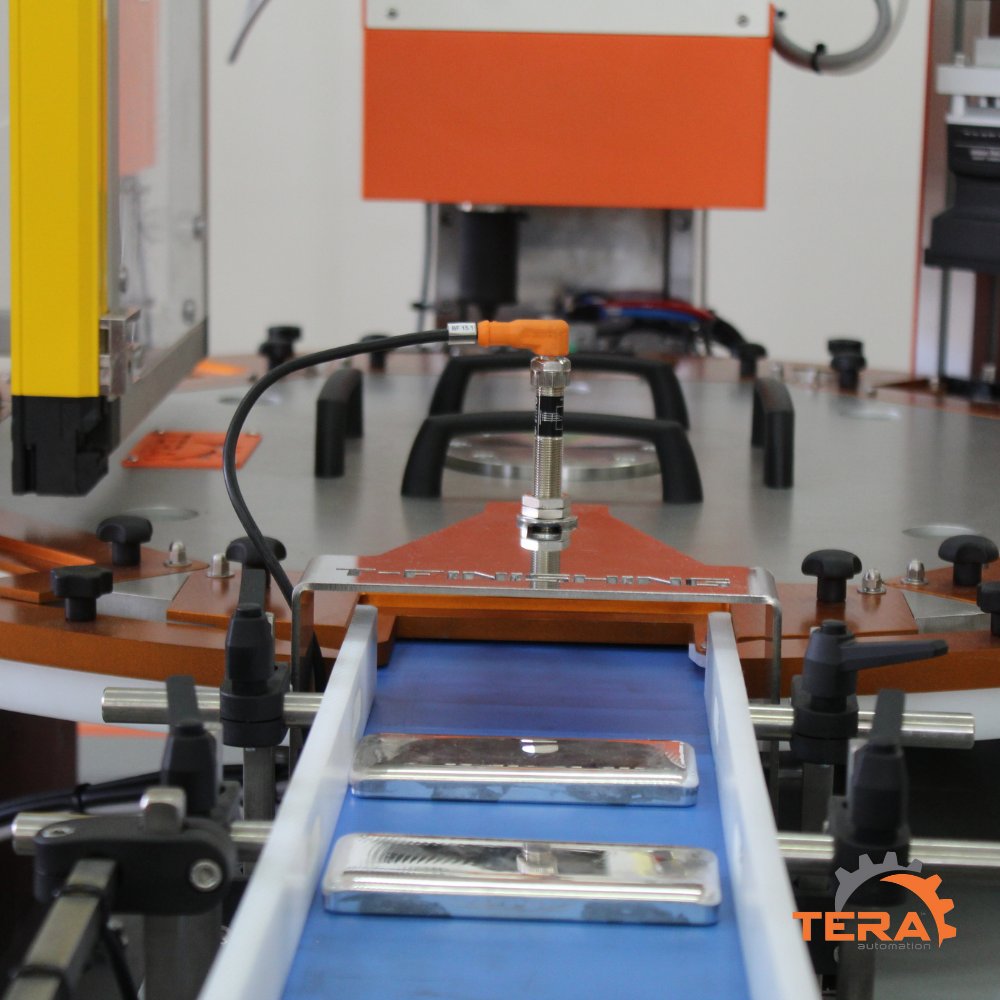 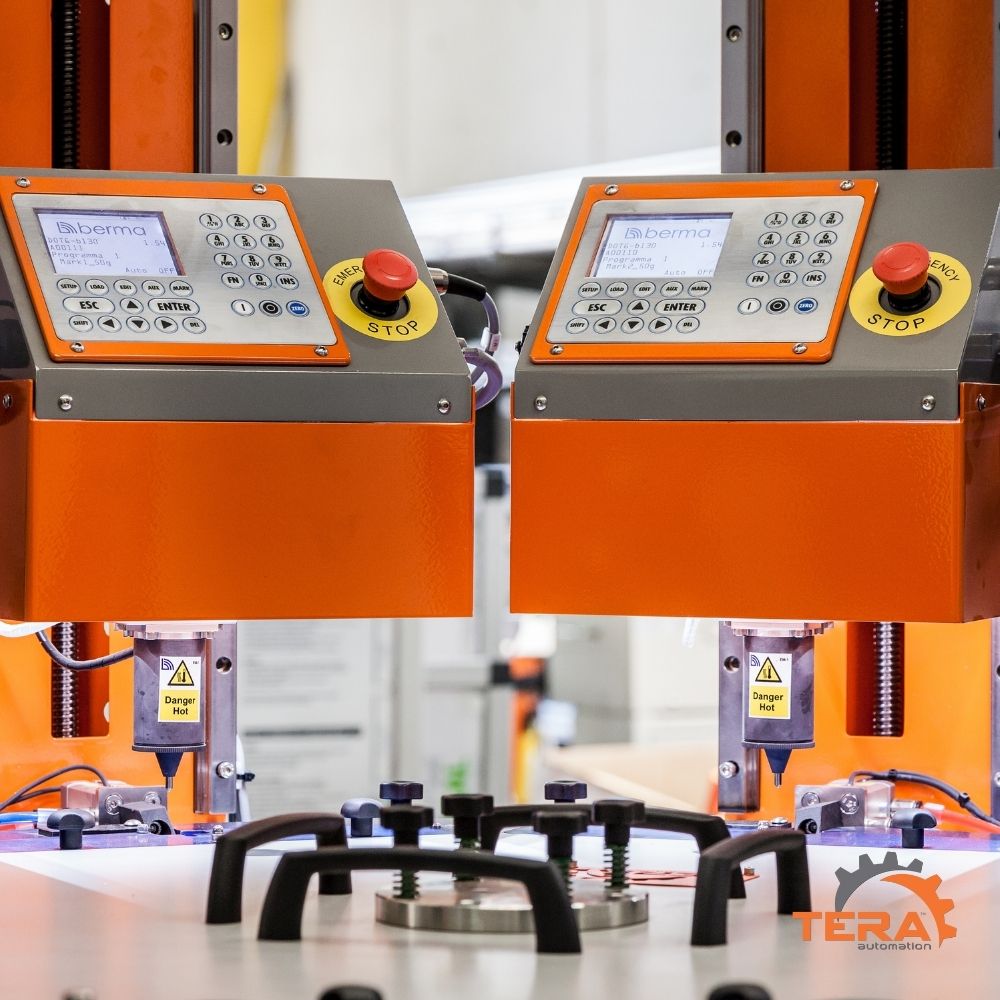 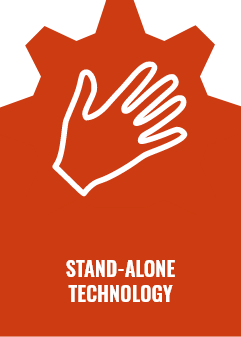 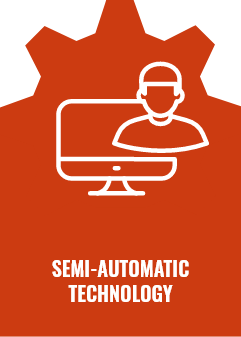 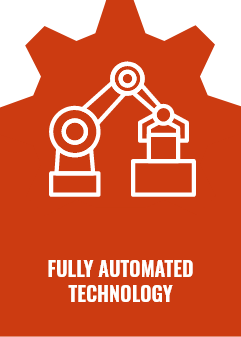 CRITICAL ISSUES AND DISADVANTAGES OF THE TRADITIONAL SYSTEM

THE ADVANTAGES OF AN AUTOMATED SOLUTION

WHICH TYPE OF INGOT DO YOU NEED TO STAMP AND SERIALIZE?

THE MACHINE IN A NUTSHELL:

T-Finishing™ is an automated system which can encompass several working stations, such as: a press for ingot stamping, T-Numbering™ for ingot serialization, a vision system for quality control and/or digital image acquisition of products and the following recording in the company's archives.

Ingots can be placed manually one by one on the T-Finishing™ rotating table, or they can be placed on the inlet conveyor belt, so as to automate the production cycle.

In the second working station, the ingot is detected and serialized (or marked), according to the customer's requests. The T-Numbering™ tool offers very accurate and high-quality performances and can easily mark codes, numbers, letters, images, etc. on several types of objects and surfaces made of metal and plastic.

At the end of the process, the ingot is transferred to the outlet, where it is collected either manually or by the conveyor belt. 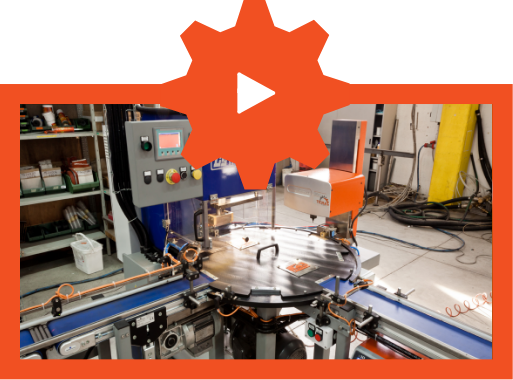 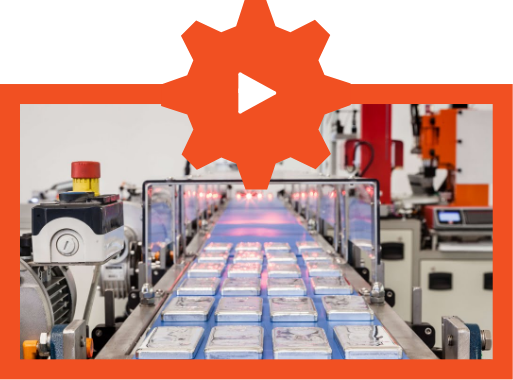 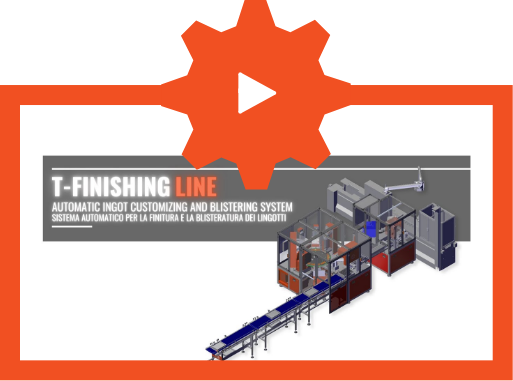 AUTOMATION FOR AN UNPARALLED CUSTOMIZATION OF INGOTS

Each Tera Automation machine can be conceived as part of a modular line which can be combined according to the company's needs and facility space. Each machine can be fitted to existing machines and a full line can be developed over time.

T-Finishing™ is a comprehensive finishing system for precious metal ingots, which, despite its already high automation level, can be combined to other machines, according to each operator's specific needs.

A support service can be deemed efficient, only if it does not require halting production for long periods of time, wherever the customers might be in the world.

Our support team can be reached via direct call, remotely or with maintenance contracts. That means saving time and money.

DISCOVER OUR 4.0 SOLUTIONS FOR A REMOTE SUPPORT SERVICE 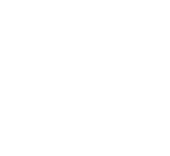 Our support service is particularly efficient, because we provide spare parts which are manufactured even with our own CNC machine, our warehouse is fully stocked with the most important spare parts and we guarantee a fast delivery.

Along with the T-Finishing™ machine, we provide an original Tera Automation spare parts package, so as to ensure that the machine always operates at full potential. Keeping a stock of the main spare parts is absolutely essential to guarantee production continuity and carry out simple maintenance tasks in an effective and timely manner. Our support team will create the spare parts package most suitable for your needs. 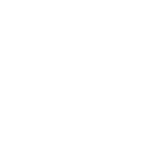 T-Finishing™ is equipped with all necessary material to obtain a constant quality over time: 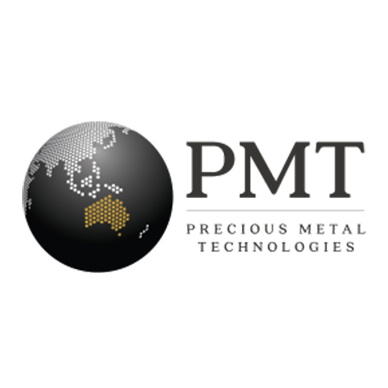 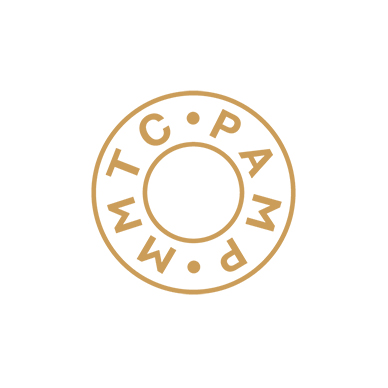 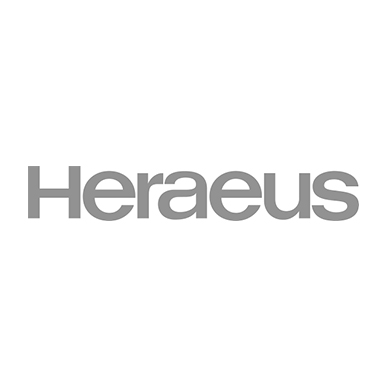 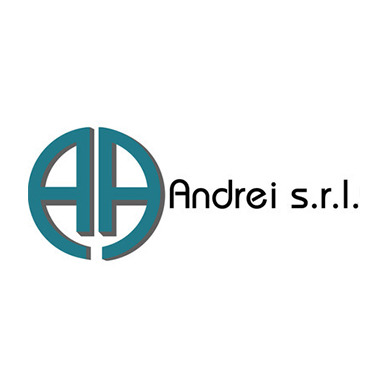 “We have been working closely with Tera since 2016. We are using their Automatic Grain weighment machine and it is working to our satisfaction. They have a sales and service team with young and enthusiastic people who are always willing to listen and help. They have exceptional expertise in using automation to improve upon the operational excellence. We wish them luck in all their endeavours.”

“Heraeus appreciated very much working with TERA. They could really demonstrate their competence in automation and in tailor made solutions to meet our requirements and needs. We both gained mutual benefits through discussions during the development of the equipment. TERA improved many features and functions of their equipment through our practical experience whilst we got a better and more competitive solution at the same time. The attitude on continuous improvement, good after sales service and tailored solutions make TERA a good partner to work with.”

"We have been working with Tera since 2018, when we installed their T-Flexicell robot cell for one of our CNC milling machines. Although at the beginning we had to adjust some details in the automation system (it was the first cell that Tera had installed), we can safely state that we are fully satisfied with Tera for both their efficient and timely after-sales services and the real benefits that the T-Flexicell cell is bringing to production day after day".

” It has been an absolute pleasure to work with Tera and I am very pleased that we selected them as a provider in our latest state-of-the art precious metals project. The professionalism, innovation, and passion in all areas of their operation has been stellar. They not only had the flexibility to work within our defined parameters but provided us with logical, well-articulated, alternatives in both our process design and equipment specifications. As an engineer, and having been to their facility, I can attest that their design and fabrication abilities are exemplified in the superb attitude of their employees along with the excellent manufacturing practices witnessed during my visit. The quality of their in-house fabrication, the superiority of the third-party components and their attention to quality construction makes Tera one of our few de facto standard suppliers.”

David B. Hurst, President and CEO of BACTRAC TECHNOLOGIES